Christian Merli delivered an excellent performance in his Osella FA 30 in France recently, finishing second overall and dominating Group E2-SS. Now he is getting ready for the second round of the European championship: On Sunday there is the Rechbergrennen in Tulwitz, north of Graz, which the Team Blue City Motorsport leader won last year, setting a new track record. On Saturday there are three official practice sessions.

Christian describes the track
“The start is flat. A straight of about 500 metres, then a chicane. Another fast section with a series of very fast double bends. Then three wide hairpins, a fast section and a 90 degree left-hand corner just before the finish line. There will be two race runs of 5.050 km each.” 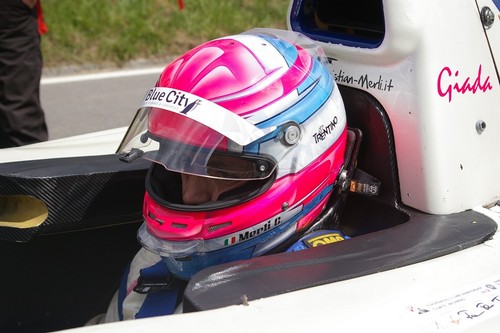 The goal for Sunday
“The weather should be sunny with higher temperatures. After the official practice runs we’ll decide on the right setup and tyres. It’s a well organised race which I like. In 2017 we won, breaking the track record. We’ll be trying for a repeat performance. On our team there is also Christoph Lampert from Austria, racing in the Osella FA 30.”