After his overall victory in the 2nd round of the European championship in Austria, Team Blue City Motorsport leader Christian Merli will be competing in the 44th edition of the Alpe del Nevegal in northeastern Italy on Sunday. The curtain raiser of the Italian hill climb championship CIVM, which is also the second appointment of the northern Italy hill climb trophy, is contested over two race heats on the 5.500 km track. Merli, racing for the Scuderia Vimotorsport, won at Nevegal in 2004, 2006 and 2013, and in 2016 he grabbed the victory setting a new track record, in 2’29”30. 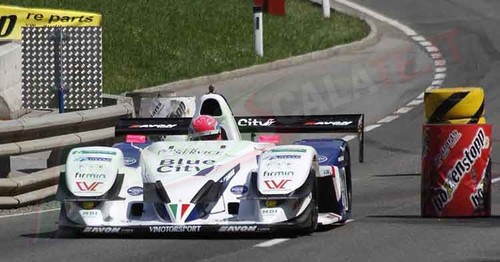 A one-off appearance?
“I would like to race in the first few events in Italy and then, depending on the results, decide whether to continue in the CIVM or in the European championship.”

Team Blue City Motorsport
“It should be noted that in our box there will also be two drivers from our team, Sante Ostuni and Lutz Spitaler, who will each be competing in an Osella PA21 JRB 1000.” 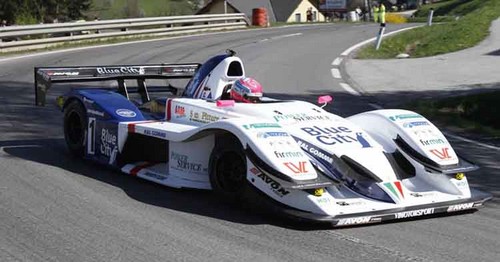 The track as described by Merli
“Following a flat start, the track continues perfectly straight for 600 or 700 metres, then gets steep with top gradients of no less than 14 per cent. A series of tight hairpins and very fast straights going through all the gears. The track is unique: very steep and narrow but fast at the same time. A chicane in the final kilometre prevents you from taking the last bend at full throttle.”

The weather forecast
The big unknown is certainly the weather; for now the forecast has sun on Saturday and rain on Sunday.
However, the contenders for the top step of the podium will all be there, Michele Fattorini and Domenico Cubeda each in an Osella FA 30 while Omar Magliona is in a Norma M20 FC.