A week before the 5th round of the European championship at Ecce Homo Šternberk in the Czech Republic, Christian Merli will be lining up at the 49th Verzegnis – Sella Chianzutan in northeastern Italy this Sunday. It is the 2nd round of the Italian hill climb championship CIVM, counting also for the northern Italy hill climb trophy and the Austrian and Slovenian championships. At the wheel of the Osella FA 30, Merli is participating in races of both the European and the Italian championships. Most recently, in Spain, he was forced to retire due to a broken rear right-hand drive shaft after winning the first race heat and setting the new track record. At Verzegnis, there are two race sessions of 5.640 km each. 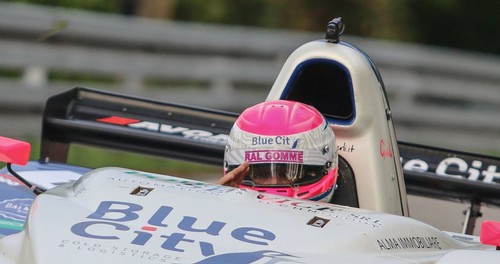 The Team Blue City Motorsport driver describes the track
“A fast track with a central section made up of technical bends, then straights, a few hairpins and a chicane to reduce the speed. The road surface has a lot of grip.”

The weather forecast
“A question mark. At the moment it looks like there may be rain showers on Saturday afternoon, while on the day of the race it could be sunny for long intervals in the morning and cloudy with possible rain in the afternoon. And we’re among the last to take the start.”
A packed grid with drivers from Italy, Austria and Slovenia. The CIVM standings are currently led by Magliona with 16 points, followed by Conticelli with 11.50 and Merli with 10.