Christian Merli takes second place overall at the 43rd Cividale – Castelmonte, the 5th round of the Italian hill climb championship CIVM in northeastern Italy. Two race heats of 6.395 km each. Simone Faggioli wins both of them. 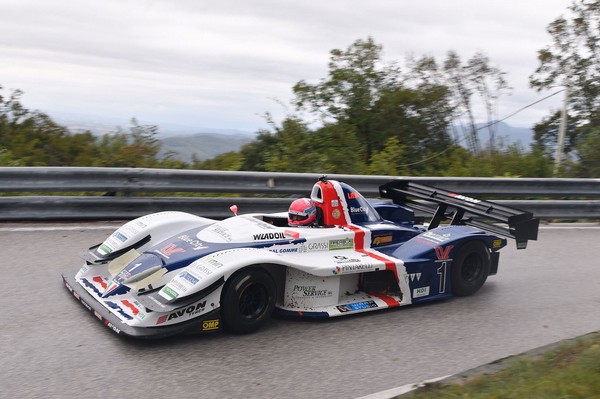 The protest
After the race, Osella driver Merli lodges a protest against Faggioli, and the Cividale – Castelmonte classification remains provisional until 4am on Monday morning. When the scrutineers have finished their thorough examination of Simone Faggioli’s Norma M20 FC Zytek and Christian Merli’s Osella FA 30 Zytek LRM, it is confirmed that both engines are compliant. So Faggioli is 1st and Merli 2nd. 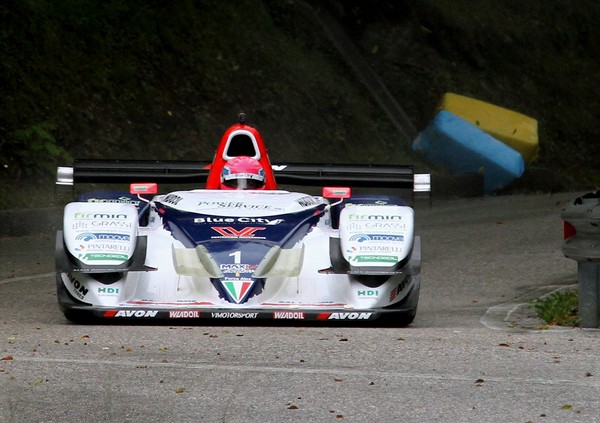 The race
In Race 1 Merli is 4”24 behind Faggioli. In Race 2, despite carving no less than 10 seconds off his time, the Team Blue City Motorsport leader still finishes second, with a gap of 2”45. He then lodges his protest.

Christian’s comments
“It was a long race, and it went on until late in the night. In Race 1 we went for slightly cut slicks, but soon after the start it started drizzling. In Race 2 I went all out and was 10 seconds faster. My opponent still beat me by 2”45. Since we had doubts over Simone’s engine, I lodged a protest after the race. Of course that’s a very difficult thing to do, and it’s a shame that such checks are not performed as a matter of course. In all my career I don’t recall the relevant officials doing post-race checks on the engines of the racing cars without someone having lodged a protest. Unfortunately I had to step forward to get the legitimate doubts dispelled, but there had been rumours about the engine of the Norma for some time. At 4am on Monday morning the official confirmation arrived. Both our engines, his and mine, are fully compliant. Congratulations therefore to my opponent and his team, and thank you to the stewards, scrutineers, organisers and the clerk of the course for staying with us all night.”

The confirmed classification
Thus Merli finishes in second place in the 5th round of the Italian hill climb championship CIVM. Simone Faggioli wins both race heats.