Second place overall and first among the single-seaters. 2019 European champion and Team Blue City Motorsport leader Christian Merli was racing his factory-backed Osella FA 30 Zytek LRM on Avon tyres at the 37th Pedavena – Croce d’Aune hill climb in Belluno province in north eastern Italy. The two race heats on the 7.785 km track in the Veneto region make up the final appointment of the Italian hill climb championship CIVM. The Trentino driver does well in practice, although it is Simone Faggioli who wins the race. 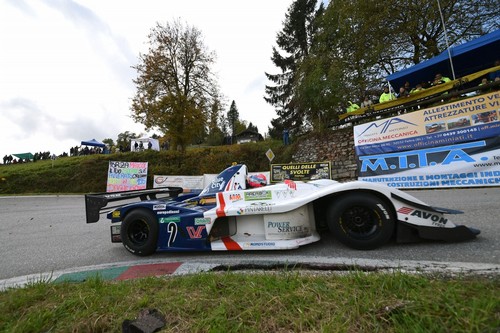 Christian’s comments
“It was OK, but we’re not entirely happy. Everything went well in the practice sessions, but in Race 1 I went for soft intermediates, which turned out to be the wrong choice. So there was a substantial gap. Race 2 went better, but making up 8 seconds was impossible, and I did what I could. My compliments to Simone.”

Race 1
An overcast sky and a slowly drying surface. Faggioli in his Norma is first. Merli is second, 7”90 behind; his Avon intermediates are perhaps too soft in these particular conditions. 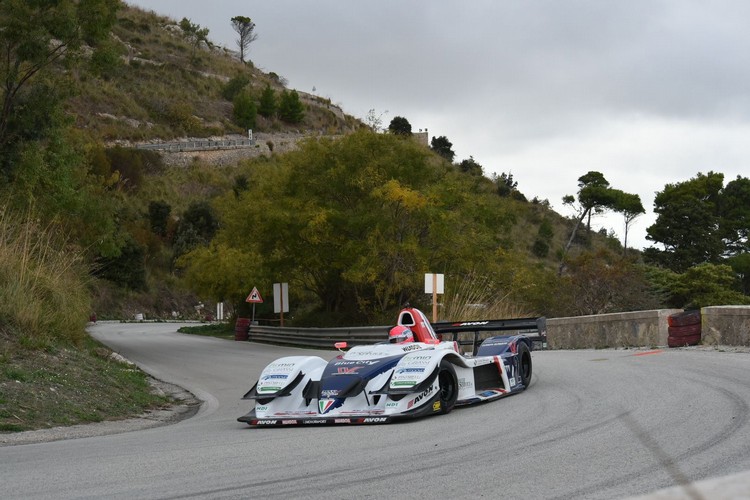