Christian Merli is going back to Croatia, where the 23. Nagrada Malacke Sv. Dujam is going to take place on Sunday as part of the Croatian hill climb championship. The 2019 European champion and Team Blue City Motorsport leader has never raced on this track a few kilometres from Split. At the first race of the season in Skradin at end-June he took the overall win in his Osella FA 30 Zytek LRM ahead of Simone Faggioli (Norma M20 FC) and Diego Degasperi (Osella FA 30). 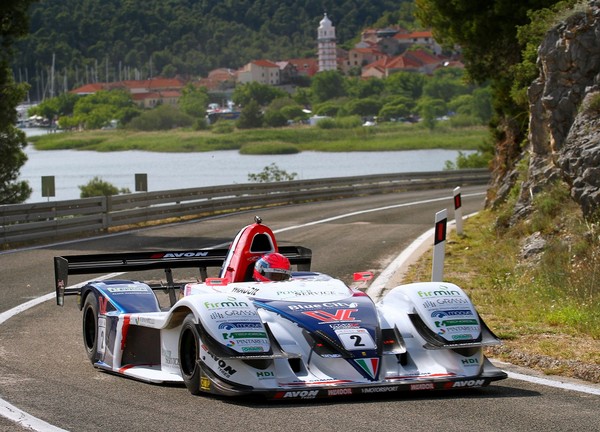 The track in Christian’s words
“I have only seen a few onboard videos from local drivers. The track is 4.100 km long. It has seven hairpin bends, a few sections with half bends, and three straights, one of which has a chicane. There will be two official practice runs and one test on Saturday. The times of the two race runs on Sunday will be combined for the final classification. We have made only small changes to the aerodynamics of our car and will test them in practice.”

The opponents
“On the entry list there are the Hungarian Laszlo Szasz, Renzo Napione and Fausto Bormolini each with a Reynard Formula 3000 Zytek, and Diego Degasperi with the Osella FA 30. Our own competition number is the no. 2, and the last one to start will be Simone Faggioli with his Norma. While we are waiting to be able to race in Italy, it is quite an extraordinary experience to tackle these hill climbs.”

2nd most popular sports person
Recently Christian Merli was voted the second most popular sports person of his native Trentino in a public vote initiated by the regional newspaper L’Adige. “It was a big surprise, and I was very happy. In the final I was facing the great diver and Olympic champion Francesca Dallapè. No, I hadn’t expected to get so much support. In fact, I wouldn’t have thought that a driver could finish this high. Now I can’t wait to get back behind the steering wheel and aim for the podium.”