A sweeping victory for Christian Merli with his Osella FA 30 Zytek LRM in the 46th edition of the Alpe del Nevegal, the first round of the Italian hill climb championship CIVM. The Team Blue City Motorsport leader takes the win in both Race 1 and Race 2 smashing the outright hill record in the process. He thus claims first place at the race in Belluno province for the fifth time. 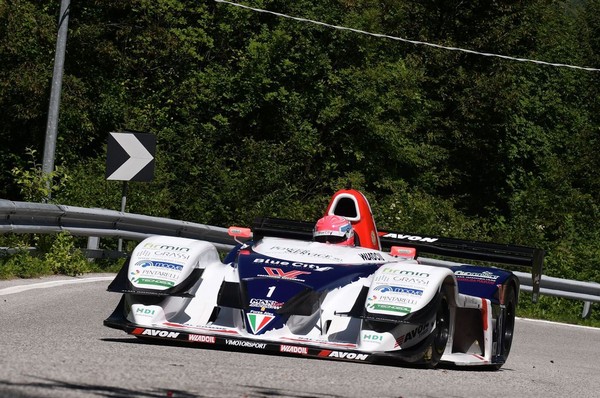 A very happy Christian Merli
“It wasn’t easy. Faggioli took the start as number 19 in Race 1, and when we saw his time it was hard to stay concentrated until it was our turn. I went up fast and in one of the bends the car started to slide. I couldn’t believe the time I had achieved. Track record and victory. In Race 2 things went very well and we improved our record further. I am very happy, and I would like to thank Giuliano, Cinzia and the friends who have helped me in these last three weeks. I also have to mention the Petriglieri brothers and their work on the engine, Avon for the tyres, and Osella. A great team effort.”

Practice
The 46th edition of the Alpe del Nevegal in Belluno province opened the 2020 Italian hill climb championship CIVM. Two race runs of 5.500 km each. In the first official practice session Christian Merli clocks the best time of 2’26”99, with Simone Faggioli in his Norma M20 FC 6”88 behind. In the second session the European champion from Trentino leads in 2’26”03, which is below his own official record. Faggioli is 2”51 behind. 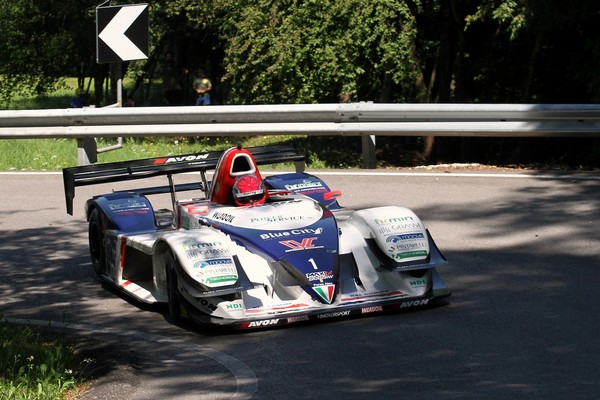 The race
The Osella works driver wins Race 1 in 2’23”01, establishing a new track record. Faggioli is 0”47 behind. In Race 2 Merli stops the clocks at 2’22”66. Another record and his fifth Nevegal victory. Faggioli is 2”31 behind.