Christian Merli wins the 55th Trofeo Luigi Fagioli, the 2nd round of the Italian hill climb championship CIVM. The track in central Italy, from Gubbio to Madonna della Cima, is 4.150 km long and has a difference in height of 270 m. The event is contested over two race heats. The Team Blue City Motorsport leader at the wheel of his Osella FA 30 Zytek LRM dominates practice and race alike.

Christian’s comments on his second victory in the second CIVM race
“A victory which I dedicate with all my heart to Pio Nicolini, a fellow driver and friend, who left us prematurely last week. As for the race, congratulations to the organisers for their fantastic work. It hadn’t rained here for a while, and the surface was very slippery. In Race 1 I made a few mistakes because Faggioli was very close. In Race 2 I thought I’d be able to do better. But it was a great battle over a few tenths of a second. I am extremely happy. Now we are going 300 km to the south to race at the 58th Svolte di Popoli in Abruzzo on Sunday 30 August. I haven’t raced there since 2010.”

Practice
In the first official practice session Christian Merli finishes first ahead of Domenico Cubeda and Simone Faggioli. In the second session the Vimotorsport driver tops the timesheet again. Cubeda, the driver from Sicily, is 2”96 behind, Faggioli 3”10. 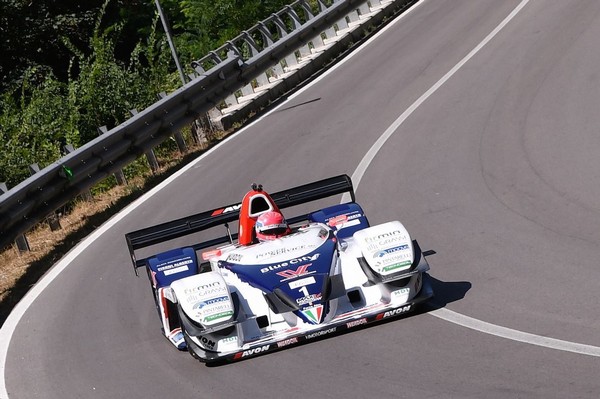 The race
Race 1 takes place under the sun and with temperatures very high. Merli arrives at Madonna della Cima beating Faggioli by 0”21. Race 2 in the afternoon turns out a spectacular battle, with the champion from Trentino leaving Faggioli trailing by only 0”39.