The 25th Luzzi – Sambucina in Calabria will not take place. The seventh and last round of the Italian hill climb championship CIVM was going to be held on 13 December, but the local authorities have decided to cancel the event due to the pandemic situation in Calabria. So the CIVM 2020 ends here. The final race of the season had first been scheduled on 15 November. The mayor of Luzzi has now issued the cancellation after consulting with the local law enforcement agencies and considering the still high risk of infection. The sporting council of ACI, the national motorsport association, has agreed to end the CIVM and the regional hill climb trophies without the Luzzi event being contested, freezing the classifications as they stand. The 2020 Italian champion is Simone Faggioli; Christian Merli is second. 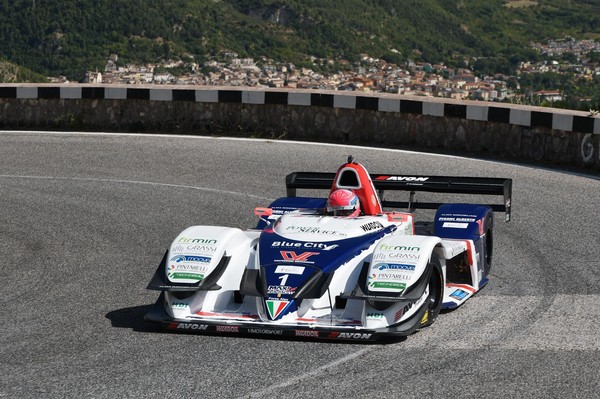 The Trentino champion’s comments
“There are rightly other priorities at the moment. In March we didn’t even know whether we’d be able to switch on our engines at all. My compliments, therefore, to the organisers who managed to hold six events inmidst so many problems. The classification is what it is; it’s a pity we had to forgo the final round. A horrible year because of the pandemic, and each time we didn't know until the last minute if the event would take place. But we’re happy with our performance.”

An alternative for the season final
“There had been talk of a race on a circuit, with hill climb rules. Three or four rounds on your own, then the next driver would take the start. It’s easier to keep out the public on a circuit. But as I said, there are other priorities at the moment.”

The 2020 championship
Of the races that took place despite the pandemic, Christian Merli won Nevegal and Gubbio in his Osella FA 30 Zytek LRM, while Simone Faggioli carried the day at Popoli, Alghero, Cividale and Erice in his Norma M20 FC. The Team Bluecity Motorsport leader is nevertheless the champion of the E2-SS group, the single-seaters. Only six out of the twelve races originally scheduled, and without spectators. Christian Merli also won the first race of the season, in Croatia.